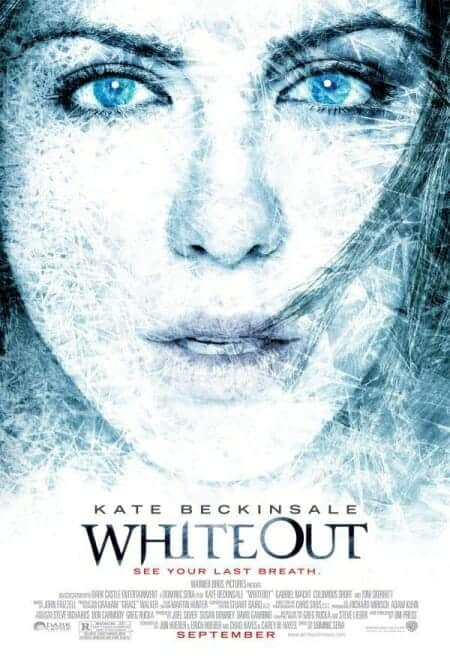 Whiteout is a perfectly serviceable thriller and that's exactly it's problem. It's as well made as it's genre requires and acted to the same degree of competence, but it's about as good as the last time you saw it, and the time before that, and the time before that, and nearly every time you've seen it for the last 20 years or so. Whiteout is strictly by-the-book. It does what it needs to and doesn't try a whole lot harder. The story is the same as every other trapped-in-a-desolate-location/mad-slasher-on-the-lose film there has ever been and the conventions pop up like clockwork. There is however one kind of ingenious sequence towards the end. The whiteouts are so bad at the Arctic post where Kate Beckinsale is stationed that to get around from building to building the crew need to attach carabiners to ropes that are tied up around the base. This leads to an exciting climactic chase outside between the killer and the good guys, who cannot see each other outside of six inches from their face. But even this is problematic as all of the characters, bundled up in their snow gear, all look more or less the same. That seems to be what everything about this film comes down to.
Posted by The Taxi Driver at 10:42 AM