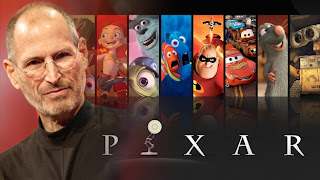 At the very very least, Danny Boyle's 127 Hours answers the pressing question of what it would look like if Aron Ralston's non-fiction book of the same name was passed around at a London rave and a film emerged at the end of the night.

Such is always the cinema of Danny Boyle: hard, driving, thudding, pounding, and pulsing with electric life. Always brilliant, most usually successful; no matter the subject we've come to expect no less from this man.

The approach here is more or less the same as Boyle takes to all his films: string a story together into a feature length music video to accompany the soundtrack. Needless to say, sometimes the stories are better than others. This one's not bad.

It certainly is the perfect aesthetic for a story like 127 Hours, which is mostly about the utter fucking hopelessness of being trapped in the middle of nowhere with limited supplies and what the human will needs to overcome to survive anyway. I think I probably speak for many in saying that, at the very least, if I'm ever found completely fucked and dying at the bottom of a pit somewhere, I'd like to think the experience will be accompanied by a pretty boss assortment of tunes.

The key holding all this together though is that, in Ralston, Boyle has found a perfect hero to be at the centre of his mad science experiments: someone who's story lends itself better to situation than character. The film jumps off the screen like a wild child who cannot be settled (maybe a bit like Ralston himself?) but the horror of the situation keeps the level of human interest high. Our hearts go out to this dude. This situation sucks. We genuinely hope he will find a way to survive.

At the other side is both an uplifting testament to the power of human endurance and the brilliant visual aesthetic that was born from it. It's as if, by the time 127 Hours wraps, Boyle and Ralston have become part of one anothers' stories. A complete melding of artist and subject with no visible cross seams. It's at once haunting and electrifying as it constantly sores towards what we hope to god will at least be somewhat of a happy ending.

James Franco brilliantly makes our hearts go out for Ralston as he slowly but visibly deteriorates and comes to grips with the probable outcome of the situation while Boyle highlights and underlines these 127 hours of emotions with pure cinematic form.

Not many people, I imagine, outside of Ralston could have survived this ordeal with as few resources as he had and not many people outside of Boyle could have thought up as many brilliant ways to bring such minimalism to life in a cinematic form that feels so huge, vibrant and alive with invention.

Both men, in their own special ways, against all odds, have now survived this story. God bless them for it.