In Memory of Sidney Lumet 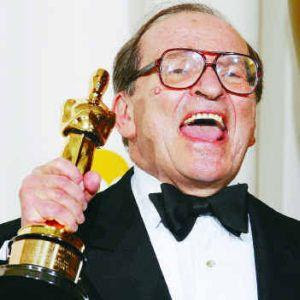 I don't often write these posts over fallen heroes because it's a challenge to make a meaningful one when it seems like half the internet has already idolized the deceased before their last breath has even sounded. Regardless, Sidney Lumet is an exception.


In this case, it's special because Lumet is not some tragic case and his death doesn't sound out any sorrow in me (he was 86 at the time of his death and was responsible for more great films than some whole careers even get to make). Instead it's a way to look back and bask in the memories of one man who dedicated his life to making so many amazing movies.

What makes Lumet even more special for me is that, believe it or not, no one single person changed the way I view movies more than Sidney Lumet did. It all stems from his book simply titled Making Movies. Roger Ebert said that if you only read one book on filmmaking, make it that one and I second this.

This is a book as quotable as any great critic such as Kael, Farber, Bazin or even Ebert himself and is an intimate, loving and thoroughly technical analysis of film as seen through the eyes of the artist creating it.

Maybe most valuable is Lumet's chapter on style which is, to me, the single greatest piece ever written on the subject. Lumet dissects style (the most misused word in film as he calls it) in a way that is profound and makes sense. It made me realize that filmmakers like Burton and Gilliam are not stylists but decorators and that, most importantly, as the French also used to say, you cannot separate style from substance nor substance from style. The two create each other and together make something wonderful.

The example Lumet gives is of his debut masterpiece 12 Angry Men, taking place entirely in one room, starting by filming in close up and gradually pulling the camera back and moving it down so that you can begin to see the ceiling; feeling as though the room is closing in as the tension mounts. The final shot, outside the room, is thus placed high and filmed with a wide lense to allow the sense of relief. You don't notice it, but you feel it, because it makes sense to the story. That's film style.

That was the birth of a career that produced the big names like Serpico, Running on Empty, The Pawnbroker, Prince of the City, Dog Day Afternoon, Network, The Verdict, A Long Day's Journey into Night and most recently Before the Devil Knows Your Dead. These come alongside the titles that are not considered as major but still bear the worth to warrant the accolades: Murder on the Orient Express, The Wiz, Equus, Family Business, Q&A, Night Falls on Manhattan, Critical Care and Find Me Guilty, which featured Vin Diesel's best performance.

I think what characterised Lumet's body of work was not some consistent visual style (he gave the movie what it needed like a natural technician) but that he was drawn to intelligent works about intelligent people: often men torn between doing what they believe to be right and doing what's actually best. His movies were not about action and weren’t flashy just for the sake of it; (save The Wiz, which is one of the odd one's out in his oeuvre) but are built upon the suspense of human interaction, of internal drama and of real danger.

Lumet openly admits in his book that some projects he took on just for the money. That's fine, it's not too hard to guess which films fall under that banner, but regardless Lumet always brought style and smarts to them. Lumet made bad films but he didn't often make boring ones.

Thus, I can't shed a tear for Lumet even though I'm sad to see him go. I'm too busy smiling while looking back and remembering everything he left us. America may have lost one of it's last remaining greats but the movies will live on forever.
Posted by The Taxi Driver at 6:44 PM