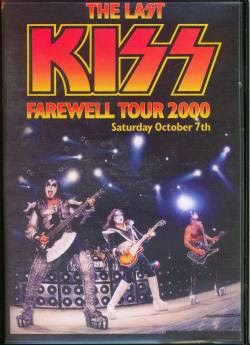 ﻿I realized over the weekend how to know when you've grown up. The conclusion I came to is that you've grown up when you start to hate everything that the newest generation of gullible teenagers shoot into popular culture. When I started listening to metal as a teenager it was performed by burly, bearded dudes with long, hair at least one of which was always wearing a leather vest. Now it's performed by lame kids in skinny jeans with auto-tuned clean vocals and club music slowly creeping its way in. Club music in metal? Give me a break. I hate it.


Similarly, I hate movies that are just wall to wall computer generated effects. I miss seeing, as I've written about before, that spaceship at the end of Close Encounters of the Third Kind and wondering just how in the hell they did that. You no longer have that sense of magic and wonder anymore. You know exactly how they did it: on a computer. I hate it.

That's, in a way, what I meant to say in my last post when I said I was hanging up my hat. I now realize that I don't need to give up blogging, I just need to change my blog. I need to introduce You Talking to Me? 2.0 for all of those who want to come along into it. I'm no longer that guy who's going to run to the multiplex to see this week's new releases because, unless they are in limited release or the world is buzzing about them and I want to see what all the fuss is about, I probably am not going to like them. Life’s too short for completeism.

So, here's what I'm going to do: I'm going to take the summer easy. I'm going to join a volleyball league, I'm going to take my girlfriend out on dates to nice restaurants to try new things, and I’m going to hang out with friends on patios or invite them over for barbecues on the balcony. And I'm going to watch the movies that initially moved me to want to write about movies in the first place. The movies I could watch five times over and over again and still find new things to admire about them. I've seen my favourite movie of the last decade, Adaptation, around 6 times. The last time hasn't been since university. I hate that too, but that's the one thing that I have the power to change.

So, in September, I want to come back and focus on quality over quantity. If I only write one post a week, it'll be one of value and insight that says interesting things that people will want to read. It therefore will not be a review, but an essay, for people who have already seen the movie (which will be discussed in whole, spoilers and all) and want to engage in open discourse about it. And the movies I will focus on? Anything I want. The only criterion is that the movie be great and the central focus of every piece will be in trying to discuss why the movie is great. There will be no more worthless value judgments that reviews like to make about why they think you should go see a movie. The outlook will be more along the lines of: I watched this movie, I thought it was great and now I'm going to tell you why. It will be equal parts film criticism, cultural study, film history, psychology and sociology.

Why the change in content? Well, I was watching Point Break over the weekend, that 90s surfer/bank robber action movie with Patrick Swazye, where Keanu Reeves was still trying to be a huge movie star. I came to that infamous part where Reeves as cop chases Swazye as bank robber through back yards and over fences and what not, until Reeves hurts his leg and let's Swayze go even though he has a clear shot. The climax of the scene shows Keanu firing off his entire clip into the air while yelling in personal anguish.

I laughed at this scene, not because it is ridiculous (which it is) but because I studied this scene during my university Film Studies days, which, in retrospect, were, by and large, with the exception of 3 valued professors, four years of my life wasted. Why? Because films (and there are exceptions) are mostly not academia unless you are studying how to make them. Film style is the only thing you can discuss intelligently in terms of film because we can see it. All of it is within the film.

Academics however, like to take bits and pieces of outside intelligence into films in the hope of elevating entertainment into the realms of art. But film is not art, it is work. It is not the sole product of one absolute genius who farts unending creativity and originality. Nope, it's actually a collection of creative people (writers, directors, actors, cinematographers, editors and, most importantly, a lot of technicians) struggling to control their working environment as best they can to make everything work perfectly enough so that us ignorant consumers of entertainment can sit in a theatre and believe this story, documented before us in pictures and sounds, actually happened.

Academia treats films as intelligence. This was that reading from my feminist loving film studies professor on that scene in Point Break: because Point Break was directed by a woman the chase is showing the raw masculine energy of these two men. Then, Keanu falls, breaks his leg, taking away his masculinity; his ability to chase. But he still has a chance to take down Swayze, but then they exchange a look, edited together through alternating close up and a homosexual-like exchange passes between the two, making Keanu forget his masculine identity as a hot shot officer of the law and instead becomes feminized by his love for Swayze. He then points his phallic gun to the sky and unloads the entire clip in an orgasm of bullets, both the sexual response to the exchanged glance and the final step in Keanu's demasculinization.

I call bullshit. Do you think such a reading would exist if this exact same scene had been directed by a straight man? I can almost guarantee it wouldn't. But I certainly know that submitting the above as the thesis for an essay would have guaranteed me an A. Another example: There's a scene in John Frankenheimer's The Manchurian Candidate between Frank Sinatra and Angela Landsbury. The shot Frankenheimer wanted turned out a little out of focus so he shot it again, but the performances in that take just weren’t as good. So he kept the original out of focus shot in the movie and when the critics got their hands on this scene they praised the intellectual and artistic merit of filming such a key scene out of focus. Bullshit again. And don’t even make me try to remember that fascinating essay I read about how Hitchcock’s Psycho is centered all around images of toilets, human excrement and anuses.

So, what I want to write about in an ideal word, to continue with this example, is a break down of that Point Break scene and a discussion of why it works as a great action movie and a great entertainment. That's what it is, after all because that is what's on the screen. And that's what we should value because, to paraphrase William Goldman once again: making a movie is such a complex and sloppy process that we should just be happy that they get made at all, let alone get made well. Amen. I'll see you in September.
Posted by The Taxi Driver at 10:29 AM