I've done this twice now, where I've found photographic evidence that leads me to believe that certain celebrities are just other celebrities in disguise. So I've decided to give this a name. I'm calling it the Celebrity Connection, as you may have been able to decipher from the title of this post. I feel that it is my duty to unmask the truth behind the identities of all celebrities, one by one, especially on days when there is nothing better to write about. This brings me to the matter at hand. Eliza Dushku (Bring it On, Wrong Turn,) has another movie that no one will care about going direct-to-DVD. She should team up with Mischa Barton for her next movie. There's no point after all, of deriving two movies their chances of theatrical distribution. The movie is called Open Graves and IMDB tells me that it is about a bunch of surfers who discover a game that kills someone every time it is played. That kind of sounds halfway like the plot of Richard Kelly's The Box except, ya know, stupider. So anyway, I see a picture of Dushku from the movie and it hit me: 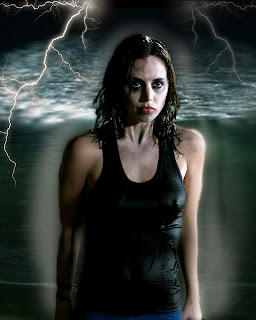 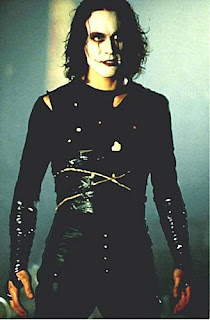 Could Eliza Dushku be Brandon Lee in disguise? You Decide.
Posted by The Taxi Driver at 9:25 AM