Andrew W.K. was that rocker dude in the early 2000s who wore all white, talked in insane tongues, wrote infectiously catchy rock songs like Party Hard and She is Beautiful, and was supposed to be the golden saviour of rock, only for his career to fizzle out after his third album was never released in North America.
Well apparently, there have been rumours going around that Andrew W.K. might not be real after some cryptic comments he made during a lecture about how he isn't the same person now as he was back then. Collages have been made comparing his early pictures to more recent ones and, although the similarities are there, there are also just enough differences to believe that he just maybe isn't the same guy. Thus, it has been speculated that Andrew W.K. is a fictional character that his record label created and has been played by different actors over the years.
Anyway, whether Andrew W.K. is real or just a character isn't the point. What matters is that this got me thinking about another big celebrity in the movie world who may just be a fictional character played by someone else. Check it out: 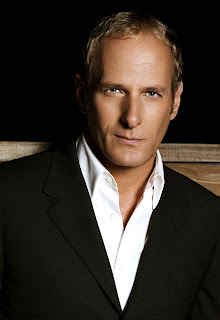 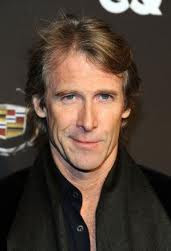 Could Michael Bay really just be Michael Bolton in disguise? You decide.
Posted by The Taxi Driver at 1:28 PM