My last red carpet of TIFF was this one. 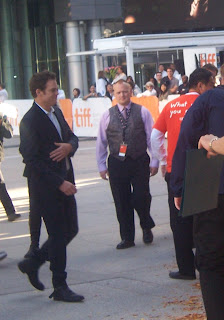 Michael C. Hall of Dexter and Six Feet Under fame shows up over an hour before the premier, which is fine with me because we were way down and he was the only star to make his way down to us. He was super nice and signed for just about everyone. He signed my second season of Six Feet Under. I told him it was the best show that's ever been on TV. "AWWWW, thank you" he said, eerily like David. 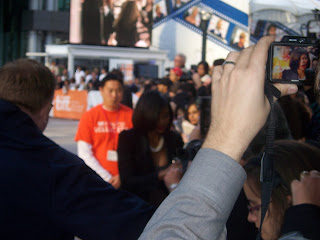 I have this strange sort of crush on Taraji P. Henson. She was, as you'd expect, spunky and funny. 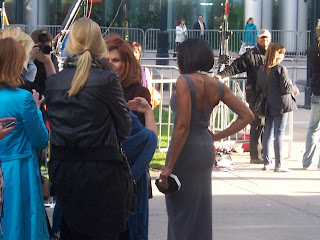 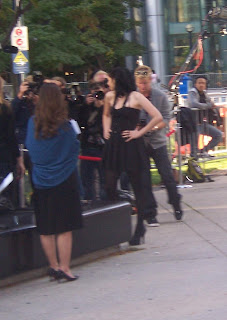 Sarah Silverman signed for a lot of people and took a lot of pictures. When she was done she didn't know who's marker she had taken so in typical Sarah Silverman fashion she shrugged and tossed it randomly back into the crowd. 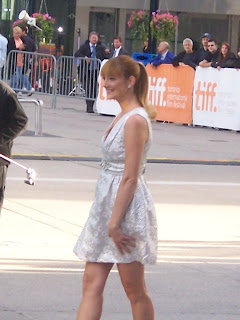 Judy Greer is cute and funny. I didn't recognize her at first but there she is.
Posted by The Taxi Driver at 4:55 PM