Other than Saturday, Monday was the biggest day for celebrities at Roy Thompson Hall. We had shown up earlier to catch a glimpse of Catherine Deneuve and Gerard Depardieu, the former of which left my copy of Belle De Jour unsigned and the latter being a no show. However it didn't matter because what everyone was really watching for were the people from Black Swan. 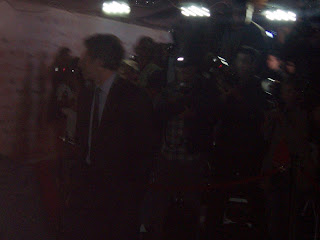 Vincent Cassel managed to zip by, only stopping briefly. Unfortunately it wasn't to sign my copy of La Haine. 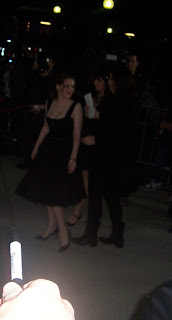 The guy I was with was eagerly awaiting Winona Ryder as Beetlejuice and Edward Scissorhands are his favourite movies. I also had a copy of Age of Innocence, that most misunderstood Scorsese film. However, Ryder was sweeped away by her publicist despite chants for her to come back. She kept looking back like an innocent little school girl as if she wanted to come over but couldn't. I later read somewhere that she's one of the worst autographers. 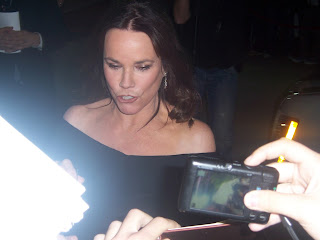 I knew Barbara Hershey was in this movie but apparently didn't do my research properly because she's in one of my favourite movies: Woody Allen's Hannah and Her Sisters. Oh well, next time. 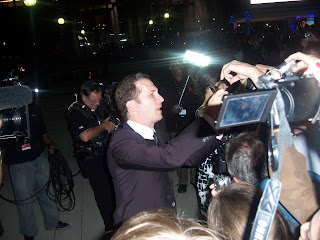 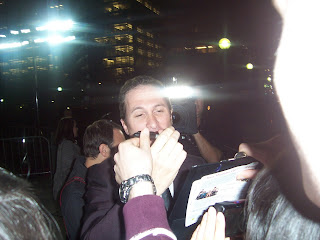 That is Darren Aronofsky grabbing my pen to sign my copy of Requiem for a Dream. I told him he was the next Scorsese and he smirked. I said he was one of my favourite directors and he said "Oh, only one of them?" I think he was joking but this is clearly a man who knows he's good. 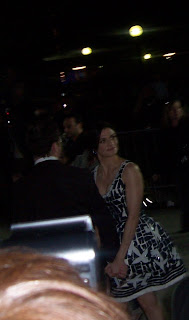 It could be pure coincidence but as Aronfosky walked off with wife Rachel Weisz I yelled out "The Shape of Things," which is what I wanted her to sign and she looked back. Not sure if that was what she was looking back about but they both happened at the same time. 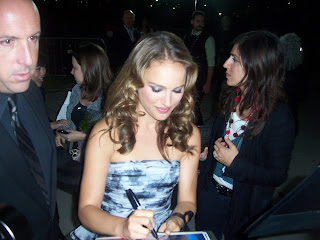 Everyone went nuts for the super petit Natalie Portman. She missed my copy of Closer but then her publicist (the girl behind who looks like Sophie Coppola) grabbed it and got her to sign it. She signed for a lot of people but then the guy I was with heard her say "Is that enough now?" to her publicist. 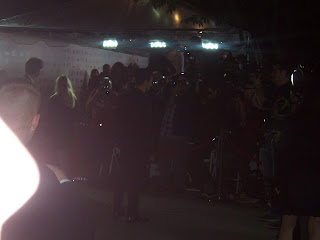 Dominic Cooper showed up for no reason in particular. Mila Kunis was a no show.
Posted by The Taxi Driver at 4:33 PM