Having come unprepared the day before and focusing solely on getting snapshots of the stars, Saturday was when I started getting a taste of autographs instead, which ultimately meant more time begging for stars to come over and less time snapping pictures (I missed John Hamm, Jeremy Renner and Rebecca Hall). Regardless, there are still some good ones to come. 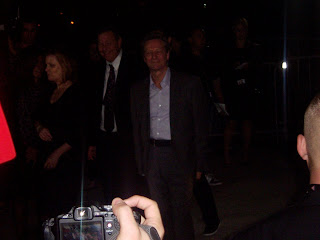 Chris Cooper was the first to arrive. I don't think I saw him stop for anyone even though a few people called for him. He just walked on and smiled. He looks to me like someone's kind old grandpa. 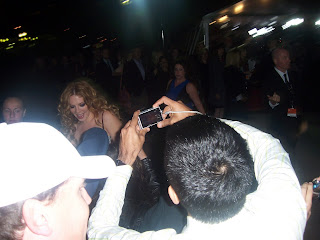 Rachel Lefevre showed up unexpectedly and the Twilight fans went wild. Personally I had no idea who she was at first 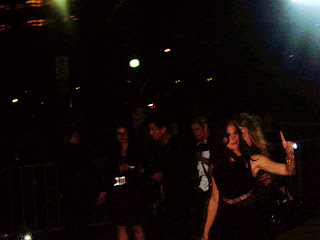 ﻿Jennifer Garner and Ben Affleck showed up together and went in opposite directions. She headed right for the press but (seen here) assured the screaming masses that she would be back and she held to her word. She also favoured the people on the ends who usually get overlooked, which means I didn't get anything from her but that was nice of her anyway. 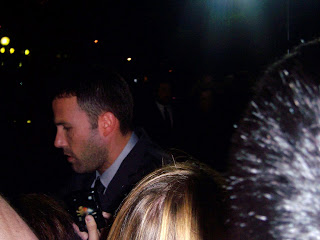 I think Ben Affleck was born with a pen in his hand. He motored through the crowd, signing just about everything. Even the picture of him that appeared in the newspaper the next day out and about town was of him signing something. He signed my copy of Good Will Hunting. 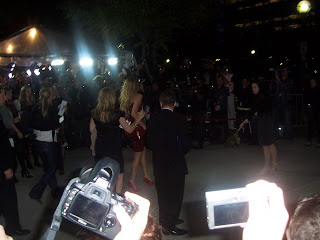 The crowd went nuts for Blake Lively, who blew through giving autographs so quickly it was nearly impossible to get a good picture of her. Unfortunately my Sisterhood of the Traveling Pants DVD got missed by an inch for the second time that day
Posted by The Taxi Driver at 4:30 PM