The King Will Speak at Tonight's Academy Awards 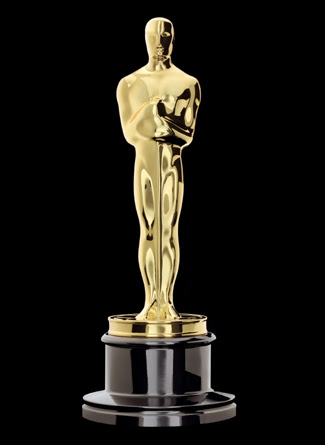 I write 2 Oscar posts. The one I am doing right now and the one I will write after the show. I personally don't see the need for any more than that because what makes the Oscars fun is the concept of the Oscars and what they represent, which is glamour and old Hollywood excess. It doesn't matter who wins. Winning an Oscar is about the equivalent of picking a name out of a hat (except foreign film). The voter need not see a single one of the nominated films to cast their ballot and they don't even need to be the one doing the voting. So, the awards are meaningless, which is why I don't dwell on them and don't get up in arms over Christopher Nolan not getting nominated or whether or not Toy Story 3 should be allowed to be nominated in Best Picture and Best Animation. Life's too short, let's just enjoy the ride and see how my ability to predict political voting is this year.

Best Foreign Film: This category is always up in the air and one I get wrong because A) I haven't seen all of the movies and B) the voters have to have seen all the movies. Regardless, I'll take my best guess and do what I did last year, going with the Golden Globe choice of Civilization because I think Susanne Bier is a brilliant filmmaker who doesn't get nearly the credit she is due in North America.

Best Animated Feature: The truly best film in this category will not win. Nothing has a shot over Toy Story 3, which made the most money in 2010 and tricked just about everyone into thinking it was a great movie due to 10 minutes at the end.
Who Should Win: The Illusionist
Who Will Win: Toy Story 3

Best Original Screenplay: I always wonder what the Academy considers to be a good screenplay. Is it the dialogue, the structure, the characters? If it's dialogue and character than Inception doesn't have a chance. Not that it it does anyway. I actually have the insider advantage here as I covered the screenplay for The King's Speech about a year ago and indeed, it was very good. I wonder if I'll get a raise when it wins?
Who Should Win: The King's Speech
Who Will Win: The King's Speech

Best Director: The Golden Globe went to Fincher. The DGA went to Hooper. The DGA usually is the definitive word. If Hooper wins this one, and I think he will, The Social Network doesn't have a chance at best picture as King will probably also sweep the acting awards and Oscar generally doesn't argue with the DGA. Poor Aronofsky. His time will come eventually.
Who Should Win: David Fincher
Who Will Win: Tom Hooper

Best Supporting Actress: This is a tough one. I think we can strike out Jacki Weaver because Animal Kingdom doesn't have the push behind it that would lead to a win. Melissa Leo and Amy Adams could potentially split the vote and cancel each other out for The Fighter, leaving Helena Bonham Carter and Hailee Steinfeld. Oscar loves the British but Steinfeld should win for her scene alone in True Grit between herself and the crooked business man. Last year in the writing category I picked the actual best performance and was wrong so I think I'll go with the obvious this year instead.
Who Should Win: Hailee Steinfeld
Who Will Win: Helena Bonham Carter

Best Supporting Actor: It's down to Christian Bale and Geoffry Rush. Oscar likes weight loss and weight gain but King, I think, is going for a sweep and Oscar almost always votes British so I will too.
Who Should Win: John Hawkes
Who Will Win: Geoffry Rush

Best Actress: I think this one is fairly obvious although I'm not so sure Portman truly was the best, her performance being one part of Black Swan's whole. I found Nicole Kidman in Rabbit Hole to be far more engaging to Portman's "acting" in Black Swan. However, Oscar likes stars who put themselves through physical strain and Portman certainly did that, plus, Kidman gave one of those "quiet" performances that Christina Bale, at the Golden Globes, said no one really ever gets noticed for.Wouldn't it be fun if Oscar pulled a punch and let Anette Benning, who is just as deserving, have the win?
Who Should Win: Nicole Kidman or Anette Benning
Who Will Win: Natalie Portman

Best Picture: Not much to say here. Once again, despite 10 nominees, just as it always was when there was 5, the race comes down to two. The Social Network was the best movie of the year for me, but the King's Speech is more of an Oscar movie and currently has much more momentum behind it. Plus, if Hooper and Firth win there's no chance for the Social Network to take it.
Who Should Win: The Social Network
Who Will Win: The King's Speech
Posted by The Taxi Driver at 9:48 AM