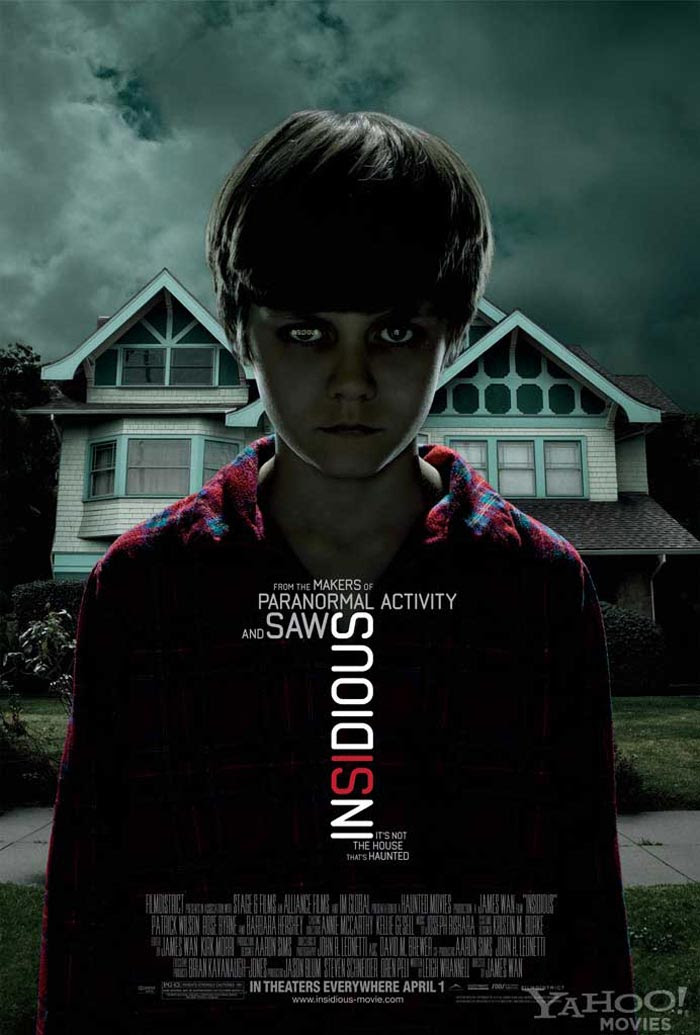 James Wan is probably one of the most talented directors who has never made a single good movie. And for the fourth time in a row (which has also included the original Saw film, the remarkably awful Dead Silence and Death Sentence) has teamed up with writing partner Leigh Wannell to create another sleek and effective dud.

The film opens with a creepy and brilliant prologue that promises spooky things going bump in the night and ends with a devious title card that promises evil but ultimately delivers cottage cheese.

Wan, as per usual, employs elaborate shots, knowing that there is more suspense and mystery in tracking than cutting, masterfully decorating his way through a story that feels a little like it is being made up as it goes along.

Things begin moving and appearing after a young son goes into a coma that, medically speaking, isn't really a coma; ghost hunters are employed; they explain strange phenomena that in turn explains a lot about what is really happening but not much at all of what its overall purpose is.

It's nice that the film has the common sense to feel retro in it's use of shadows and mood over gore, but just like a lot of those old haunted house movies, it eventually throws logic to the wind in an effort to tell a story and the more it tries to explain, the deeper it digs itself into ridiculousness.
Posted by The Taxi Driver at 7:16 PM