A Problem With Black and White 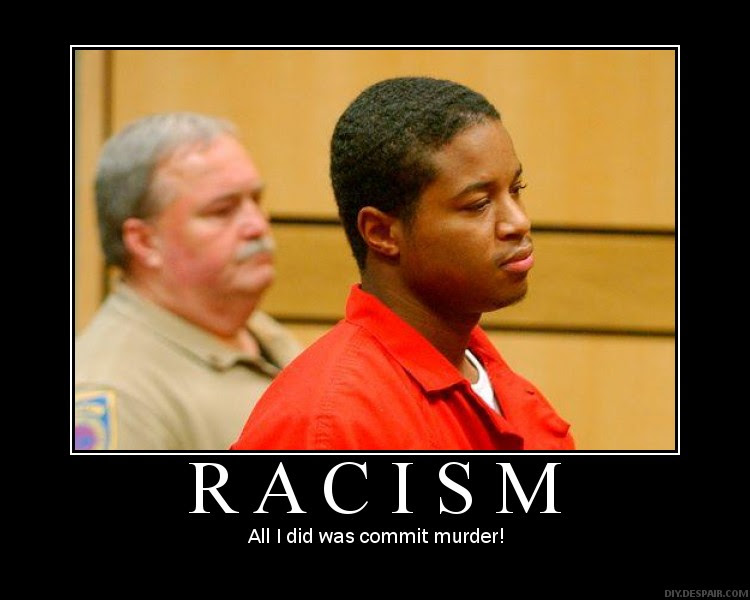 Is it overly optimistic to think that Octavia Spencer's Golden Globe win for her performance in The Help was because she really did give the best performance of the bunch? Or maybe it's overly cynical to think that her win just may have had something to do with proud, back patting, privileged white people showing just how culturally accepting they are? Maybe a bit of both?

That's certainly the vibe I got from the standing ovation Spencer's win generated from the audience as Chris Tucker (he's still around?) stood, beaming, clapping extra hard from the back while looking on with head-held-high pride. The problem with Hollywood is that hindsight isn't 20/20, and as proud as I'm sure some were to see Spencer mount that stage followed by Morgan Freeman receiving a lifetime achievement award from Sidney Poitier who also got audience members up off their feet, I can't help but feel we still haven't made many strides toward racial equity in the movies.

The purpose is not to take away from Spencer who, like her The Help co-star Viola Davis, is a talented actresses who finally found a footing in the spotlight. The problem is that The Help (directed by a white man, based on a book by a white woman) represents just about everything wrong with Hollywood's treatment of African Americans throughout history: they don't trust black people to tell their own stories.

Even good movies are guilty of this: Edward Zwick's Glory was not about the black soldier's in the Civil War but about the white man who led them into the history books and The Blind Side, one of the most shameful offenders to all discussion of race relations in the U.S., wasn't about a black man getting an opportunity to succeed, but the white woman who gave it to him. Sure Coach Carter was about a black man telling his own story but replace the bankable Samuel L. Jackson with Charles S. Dutton or Danny Glover and see how fast that version gets green lit.

My sentiments of why people related to The Blind Side are ugly but I fear true. The Blind Side succeeded because it pandered to the absolute lowest common denominator while also aiming to touch the privileged white people who like to pat themselves on the back for doing nothing at all. But the sentiments were all wrong. Instead of looking at our condition and seeing the optimism of a society becoming more tolerant the sentiment was: God bless that saintly woman, who has so much, for letting that big dumb nigger into her home and giving him a chance.

By the end of The Blind Side, when the Sandra Bullock character reads about a teen being murdered in the hood and deems that that very well could have been her boy, that's the very problem with our society. We don't need another movie about the kid who was fortunate enough to run into a wealthy white family. We need a movie about the infinite number of anonymous black youth getting senselessly killed every day just based on the sociology of their situation.

But of course white people are quick to pat themselves on the back for the one case of goodness that they allow to shadow the innumerable injustices and societal division that still exist in America today. Let me ask you this: do you feel good that the U.S. elected a black president or do you feel better about, as a white person, having found it in your heart to vote him in? White people always need to be reminded of and congratulated for how open and accepting of those who exist below them in society they are. Ironically have we ever had a movie where a rich white family takes in a drug addicted, white trash hobo? Not enough glory to be had from that kind of endeavour.

That's why, last year, when Monique won the Oscar for Precious it seemed more honest and genuine. When Monique, in her speech, thanked Hattie McDaniel for going through what she went through so that Monique herself wouldn't have to, it felt, for better or worse, like genuine progress. That's the truth of true racial equity: it works because it factors race completely out of the equation.

Monique, I'd like to think, won, not because she was black, but because, in a category where both blacks and whites were nominated, the best person won. Just like Katheryn Bigelow was not celebrated for being the first woman to win Best Director but because she actually directed the best movie. To be equal is to see each other as humans, nothing more and nothing less. Until Hollywood realizes and embraces this, nothing will ever change.