Retro Review: Transformers or Is Michael Bay a Great Director After All? 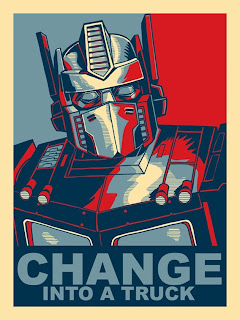 I once saw Martin Lawrence a few years back on the Conan O’Brien show promoting his then new film Bad Boys 2. As is usual, a clip from the film was played, this one showing Lawrence and co-star Will Smith engaged in a high speed chase over a bridge, destroying everything in their path. When the clip ended O’Brien gave positive feedback and Lawrence’s exact response was “That’s the genius of Michael Bay.” I scoffed, Michael Bay a genius? Lawrence was feeding us a line.


I was not among the minority when I denied Michael Bay the right to genius so many years ago. The director has been bombarded by fans and critics alike with every negative adjective imaginable. The man has been called a hack, a sexist, a racist, a fascist dictator, incompetent, etc. Does Bay deserve this, I must ask? Certainly he has made duds (Armageddon, Pearl Harbor), but why do film goers insist on the continual burning of effigies at the alter of Michael Bay, as though he is the antithesis of everything that is good about the cinema? It’s as if the man has single handedly lowered the collective I.Q. of every being who has ever sat in front of one of his films. Do these films really have the same kind of sway that Mites and his magical touch did or something?

The question then is, is Bay a great director? I now understand what “genius” Martin Lawrence was talking about. In an interview, Bay once said that he tells his writers that whenever they want an action sequence just write “Blow Stuff Up” on the page and he will fill in the blanks. Although joking, this single statement unlocks all of the excitement and deficiencies of the cinema of Michael Bay. Unless he is given characters that are already defined and a plot that will be able to sort itself out, Bay finds himself lost in the ruins of his own excesses. However, Bay is not a filmmaker so much as he is a painter of spectacles. Write Bay a film that provides enough cushioning to hold our interest between his relentless bouts of blowing everything in sight up real good and the man is second to none. Sometimes that’s all genius takes. After all, what more could one really desire from a film about robots from outer space who have come to destroy us?

And herein is where interests begin to conflict. Michael Bay is both the best and worst director for this material. The film’s greatest asset is also its biggest detractor: that is, it’s one, big, long, never ending action sequence stretched out over the unruly span of two and a half hours.

The action is fantastic: big, loud, imaginative, exciting, never-ending and incredibly detailed. Bay went to great pains to incorporate the real with the computer generated. But the man has no control. He just doesn’t know when to stop. The entire screenplay must have been comprised solely of Bay’s three favorite words: Blow Stuff Up. There are no characters in this film, no room for actors to give performances as Bay relies, as he always does, on the simple screen presence of his stars, who are forced to go way over the top and then keep going. Every character scene is filmed with the bang-boom-slap-bang mentality of an intense action sequence. It’s great that Bay doesn’t want to lose momentum but there’s not one opening to catch a breath in the whole damned thing. If Transformers were a fish, it would drown. That’s the contradiction: it left me with a surge of excitement and a headache.

The plot, as many probably know, is based on a popular cartoon series and toy line from the 1980s in which good Transformers (Autobots) battled evil ones (Decipticons). Of course, my nostalgia over playing with Transformers as a child far outweighs the memories of actual enjoyment that the toys provided. They were clumsy and awkward, sometimes hard to transform. This of course being all undermined by the shadow of intrigue created from getting two toys for the price of one.

The film is like this too. It’s clumsy and awkward, illogical at times (if Disturbia had any thread of realism, someone would notice a transport truck and a couple million dollars worth of cars driving through the suburbs at night, would they not?), which is undermined by how exciting and action packed it is while we play. That’s the genius of Michael Bay that Martin Lawrence was talking about: to accept the illogical and make it as spectacular as possible.

Esteemed critic and film historian David Thompson once said that Stanley Kubrick knew everything about filmmaking but nothing about life. Michael Bay is kind of the same: he knows everything about action, but nothing about humanity. His films destroy everything in their sights while never even considering the many people who have lost their homes or are out of jobs because of the trail of destruction caused by the warring Transformers. Bay doesn’t care about characters who deliver sitcom jokes and soap opera melodrama at a rate that even an ADD sufferer would find excessive, he waves the American flag (quite annoyingly) at every chance he gets and destroys so much property that one almost feels urged to have him brought up on charges of assault to the senses. So much so in fact, that when Optimus Prime as a transport truck, rolls out of an alleyway during the film’s climax, knocking stacks of crates and boxes out of the way, I thought to myself: Now, that’s just excessive.
Posted by The Taxi Driver at 8:29 PM