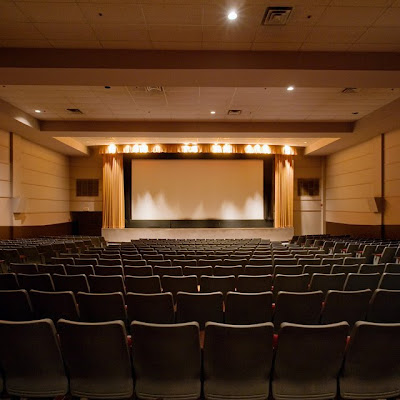 Alex Woodside, Charlie Lawton, and Nigel Agnew love movies of all kinds. You can tell. Their favourites range from The Dark Knight to The Godfather to Casablanca and back again to The Big Lewbowski. That's why maybe they're just the right guys to have opened their own theater in downtown Toronto. Toronto Underground Cinema, at Queen and Spadina, is the brainchild of three cinema geeks, buffs, aficionados, whatever you want to call them. Lawton, Woodside and Agnew all came together to open their one screen, 700 seat cinema at 186 Spadina Ave. in an abandoned basement screening space. The Underground got it's kick start on Friday May 14 with a free double feature of Clue and Big Trouble in Little China and opened its doors again two days later for a Jim Henson tribute with Muppets Take Manhattan and Labyrinth. Not strangers to the Toronto film scene, Lawton tells me he is both writer and director and will have his work featured in an upcoming horror anthology film called The Last, which can be expected some time next year. And as for Agnew and Woodside, well they are former employees of the Bloor Cinema where they also put their creative juices to work, creating a trilogy of short films entitled The Popcorn Trilogy (Agnew starred and Woodside produced). And yet, at their heart, these are just three guys who seem to be in love with the cinema and all it's shapes and forms. Where else, after all, will you find a place in Toronto that will show you both The Runaways (Coming Saturday May 29) and The Muppets on the same screen? Or how about Clue and A Prophet (May 28 and 30)? You get the picture. In that sense, despite the local competition of both first and second-run theaters, you get the feeling that these three are doing this for the very best of reasons, one that any movie lover could appreciate: to create an outlet to share the films they love with as many people as possible. "This is our dream, we all love movies, we love cinema, and we’re doing this for love, and we hope that people will come out and support that. And we hope that we provide a space for people to come and enjoy a movie experience they can’t get anywhere else," says Lawton. 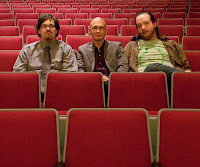