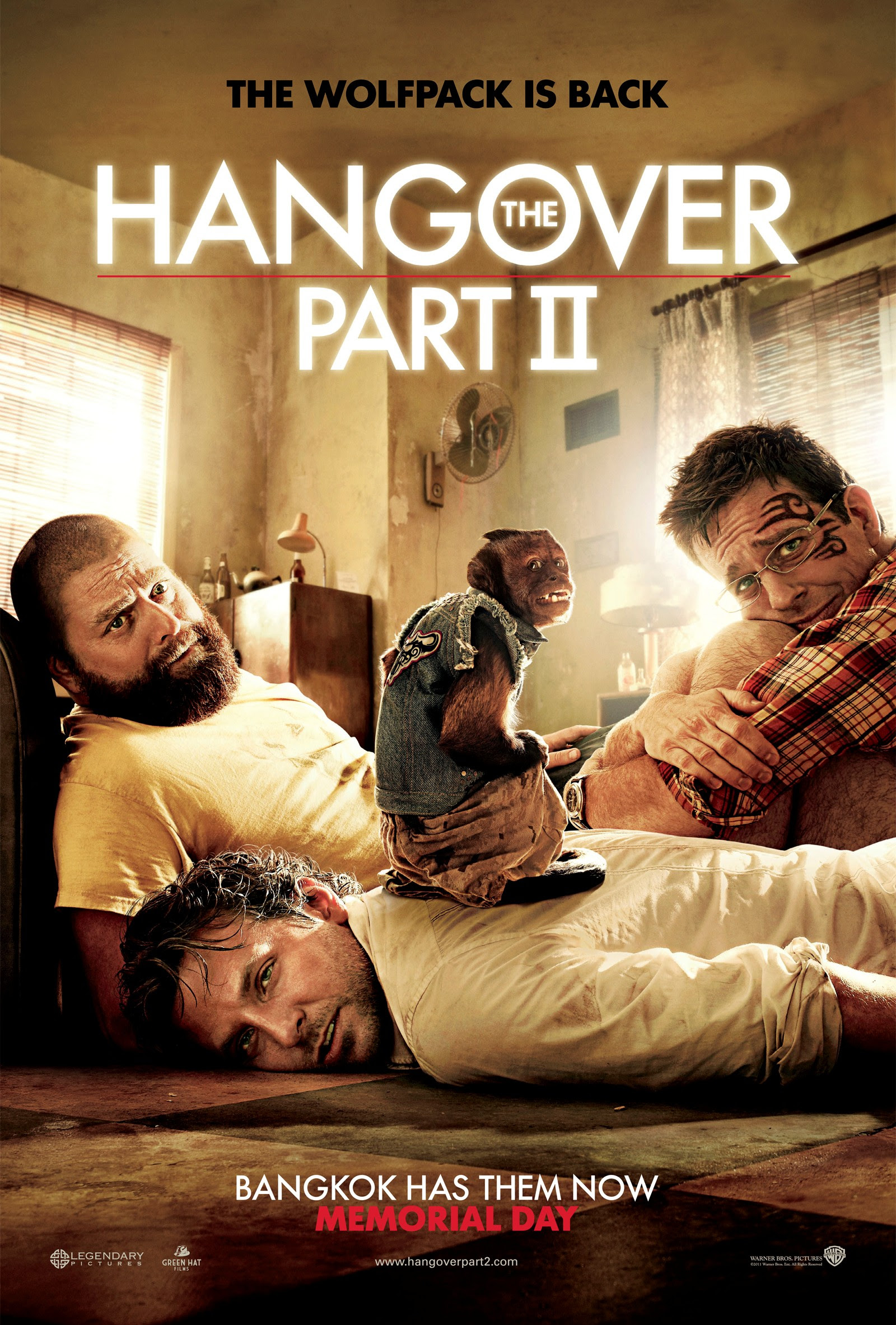 When a run ragged Bradley Cooper appeared in the first scene of The Hangover, in the middle of the desert on a cell phone telling someone on the other end how he had seriously F.U.’d it was one of the great comedy set-ups. He wasn’t kidding and, with giddy delight we were going to see just how. When Cooper appears in the first scene of the sequel to say he seriously F.U.’d again it feels like we’ve already been there and seen that. The premise is the same but the shock and intrigue is missing.

Not that director Todd Phillips and his team don’t try to keep the shocks coming but that’s just another one of the problems: most of what is memorable in The Hangover 2 is not how quick and hilarious it is, but just how far it is willing to push the boundaries of good taste for a laugh. But the laughs are few and far between, being undermined by the gross and absurd. It’s like Phillips forgot that the premise is the set-up not the punch line this time around.

What made the first film special above all else was that, although set in Las Vegas, it seemed to take place in a surreal parallel world in which a bunch of random objects came together and all fit in such a way that made perfect sense. It was darn near Kafkaesque. This time the boys find themselves in Bangkok and although everything makes sense again this time it’s not as inspired in it’s madcap schizophrenic way. By the time the film has been reduced to high speed chases away from Russian gangsters and crooked business men one gets the sense that we are looking at a film having fallen to the everything in the sequel needs to be the same but amplified school of thought.

This time out Stu (Ed Helms) is getting married in his fiancée's native Thailand. Phil (Bradley Cooper) and Doug (Justin Bartha) are invited as well as, after some pleading from Doug, Alan (Zach Galifianakas) who hasn’t stopped talking about Vegas and has pictures from that trip that probably shouldn’t have been published let alone be allowed to hang from his bedroom walls.

Also along is Stu’s brother-in-law to be, the 16 year old Teddy. The boys decide to have one drink on the beach the night before the wedding, thinking nothing could possibly happen. Then they wake up in a grungy hotel in Bangkok with a monkey, no sign of Teddy and Mr. Chow (Ken Jeong) the Asian gangster from the first film. Chow, knowing what happened to Teddy, is about to spill the beans before taking a hit of coke so big that it kills him. So they ditch the body and begin their search.

Their journey brings them into contact with a mute monk, a tattoo artist played by Nick Cassavettes which is surprisingly mild for a cameo role, a drug dealing monkey, and a club that Alan hilariously mistakes as a magic show.

Some of this is, for what it’s worth, quite funny. But it’s not enough. The movie, like the first one, pushes boundaries, doesn’t care who it is offending and will gleefully go anywhere it needs to for a laugh even at the expense of alienating just about everyone in the audience. I admired that quality the first time around as well and although Phillips has turned in a well made film, and the actors have all done their work, something just isn’t clicking. The magic of going on this journey and solving this mystery is gone this time around. The pieces are all in place but they don’t build a new enough puzzle.

In my review of the first film I said that the only way to ultimately rate a movie like this is by how much you laughed. Fair enough. I didn’t laugh nearly as much.
Posted by The Taxi Driver at 4:09 PM