I'm writing a TV series with a friend and former colleague. It's going to be great. It's actually going to be Canada's next great series.

Only one problem: I have no idea what I'm doing.

I was tasked with writing the first draft of the first episode. Oh god. How do I structure? How many pages is each act? What are my plot points? How do you communicate anything in 23 pages? How do you write dialogue. Someone fucking help! 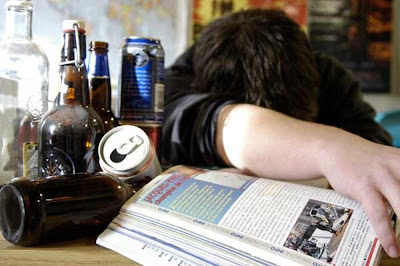 And with that desperate plea, someone did: Alexander Payne and Jim Taylor. 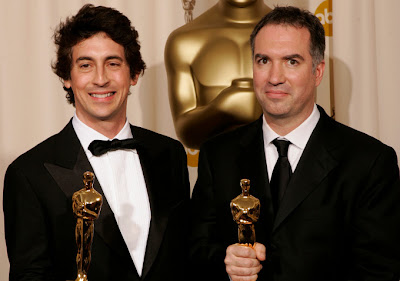 Not psychically. I don't personally know Payne or Taylor. But watching their entire body of work (save for Citizen Ruth) starting with Election and on down through The Descendants (which Payne wrote and directed and Taylor executive produced) was all the inspiration anyone could need.

While watching, laid up on the couch for the majority of last week with an ear infection, I paid close attention to the writing of the characters. I imagined the work, not as finished films, but as scripts that had been acted out and photographed. It was like having the curtain pulled back. These guys know how to write great fucking characters.

Payne is often tagged with being a great satirist, a reputation he got off his first two high concept comedies Citizen Ruth and Election. The description fits. At the end of Election when we come to the conclusion that asshole Jim McAllister (Matthew Broderick) and raging cunt Tracy Flick (Reese Witherspoon) very rightfully deserve one another, you can almost picture the shit eating grin Payne sports while taking a steaming dump on these horrible people.

But then Payne went on to reveal a great humanist lurking below the razor sharp satire and has started making thoughtful films about flawed American everymen just trying to get by with doing the right thing, whatever the fuck that is. 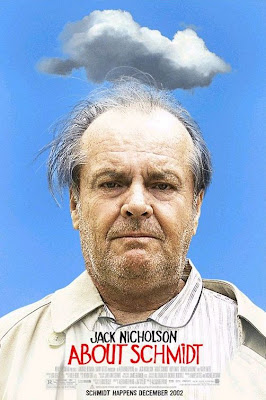 In About Schmidt which is, let's face it, a loose remake of Bergman's Wild Strawberries, the title character retires only to find he hasn't really done anything meaningful with his life; spent every day in an office only to be instantly replaced; hasn't seen anything; has a daughter that doesn't like him and a wife that he shares nothing but a marriage with.

Finding out that his wife was having an affair after she suddenly dies, Schmidt has the  urge to break out of the confines of his monotonous existence and takes a road trip towards his daughter's wedding, which he hopes to break up. She's getting married to a man he personally thinks she could do a lot better than. He's probably right. 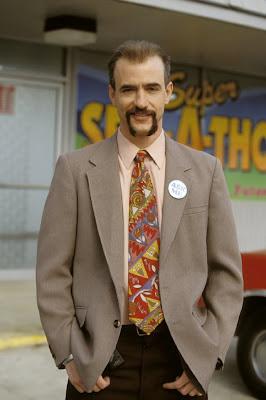 Along the way he writes his life story to a young boy who he is sponsoring. He comes into contact with the opportunity to seduce a woman, meets his son-in-law-to-be's eccentric family (including a priceless Kathy Bates as the mother), and, in one of the film's best scenes, has a conversation with his late wife under the stars. All of this leads towards that final fatal moment in which Schmidt is faced with an important life decision. He must determine whether or not his daughter's happiness is more important than his own. In the end he fears he's done the wrong thing and his journey has all been in vain. But Payne the humanist let's his light shine down on Schmidt, even if the final scene feels a little contrite. 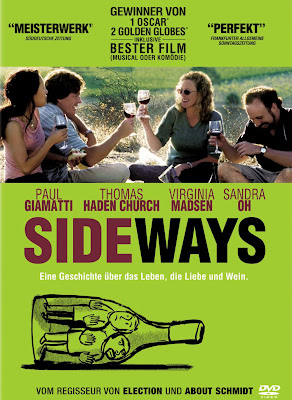 In Sideways Payne sends a McAllister type and a Schmidt type on a road trip the weekend before one of them is to be married. It sees Payne maturing as a dramatist. Writer Miles (Paul Giamatti) is awkward, horribly insecure, on the verge of alcoholism and knows everything about wine but nothing about people. He's constantly standing outside the world, looking in on it. Actor Jack (Thomas Haden Church) is shallow and vain but a people person. He's the kind of guy that hasn't met a challenge he couldn't talk his way into or out of. He wants to get laid one last time before tying the knot. He has a hard time stopping at just one. He thinks it wouldn't hurt if Miles got a little bit of the same.

As per the basic rule of drama, if you put two opposite personalities in a room together for a conversation, they will end up learning something from one another. Jack realizes Miles is a pussy, Miles realizes Jack is a douchebag and neither have the insight or goodness inside themselves to tell the other the truth.

The heart of Sideways is Miles. We feel for him because, despite his incessant drinking, his failed attempts at getting a book published, the way he obsesses over his ex, and his uptight academic approach to wine, he's a lover at heart. If only he could channel that love away from wine and towards Maya, the angel that's been sent to save him. 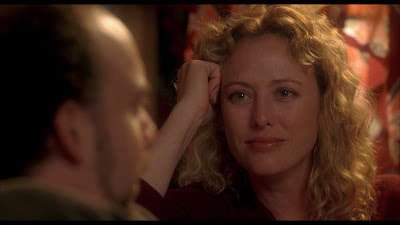 This leads to the famous wine monologue which single-handedly won Virginia Madsen an Oscar nomination. He asks her why she likes wine and she looks him right in the eye and delivers a response that must be the single most poetic thing he's ever heard a woman say on the subject before adding, for good measure, "Plus, it tastes so fucking good." Amen. That he doesn't ask her to marry him right there is unfortunate. That he excuses himself instead of making the move she so clearly wants him to is his personal tragedy. But Payne is not cruel and steers Miles down the same path to redemption as Schmidt. Not before he hits rock bottom though. 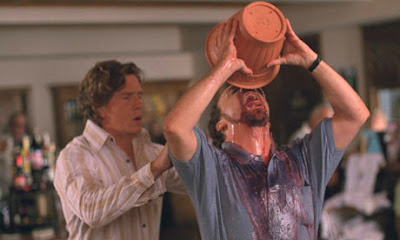 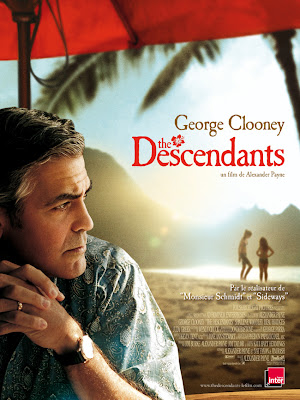 The Descendants beautifully weaves a tale of not one or two, but several broken people, all trying to deal with their trials and tribulations under the Hawaiian sun. The first image is the only one we see of Elizabeth King conscious before a boating accident leaves her in a coma that she will never wake up from. It's the only one we need of her. Her smile beams as she cuts through the water. She is, in the only instance we'll ever get to know her, happy. 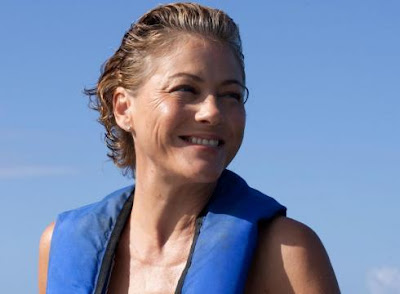 Her husband is Matt King (George Clooney, better than he's ever been) who ponders, in typical Payne voice-over, what it is that makes all the women in his life go a little crazy? The sad irony is that it's probably, in part at least, him. He's a lawyer, travels a lot for work, pinches all his pennies and, as the descendant of one of the first white land owners in Hawaii, is the sole trustee for a large piece of property that, if sold, will make him and his numerous cousins rich men. Talk about pressure.

Together they had two daughters. The oldest is Alex (Shailene Woodley). She is sprung from a boarding school by Matt after he receives the news that her mother will never wake up. She was sent there so that she wouldn't be able to get into drugs and alcohol or fight with her mother who she harbors resentment for. The younger one, Scottie, is acting out at school. With an absent father that doesn't know how to talk to her and a thrill seeking mother, can you blame her? They're not bad kids, just the product of what one can only imagine was a troubled upbringing. 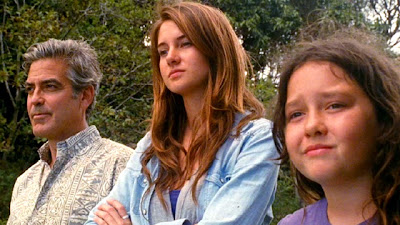 Alex has a secret. The reason she didn't like Elizabeth was because she was having an affair. When Matt finds out it leads to one of those great Payne scenes that skirt a thin line between comedy and pathos. He runs. Not valiantly or with dignity, but desperately, down the street, around the bend and to the neighbor's house. He wants answers. They, quite rightly, don't know how many they should give him. 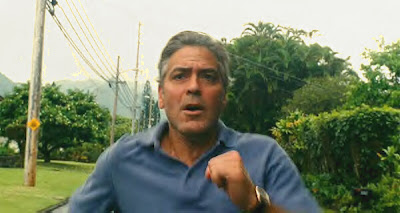 Also in the picture, before a subplot that finds the Kings taking a trip to track down the man Elizabeth was having an affair with adds another bitter and ironic twist to the tale, is Elizabeth's father. He only has two scenes but is played by Robert Forester with such subtly and depth that one gets to seeing how Payne could have easily fashioned the entire film around him. He's a stubborn man. He's his own kind of man. He thinks the world of his daughter; that she would never hurt anyone; didn't have a selfish bone in her body. If only Matt had maybe just been a little more attentive, given her maybe just a bit more money, and if Alex and Scottie had maybe just been better daughters, than maybe his little girl would still be alive. Payne leads Matt to the same kind of moral decision that he led Schmidt to. In a hospital room with Forester, Matt, finally starting to realize the man he needs to be, does what he thinks is, quite simply, the right thing, even when the wrong thing would have been much easier and more instantly satisfying.

The Descendants is, for me, Payne's most inspiring film. It dismisses almost all hints of the still present satirist that was lurking below the surface of About Schmidt and Sideways and instead focuses solely on the heavy morale decisions that a man must face and how they effect all those surrounding him. 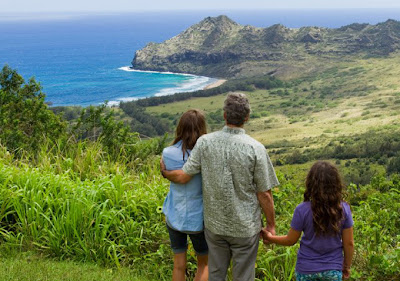 Payne graciously gives every character their due. All are flawed but sympathetic. Even when he has a chance to reduce someone to mere punching bag, he doesn't. Look at Sid, Alex's stoned, moron of a boyfriend. Yes, he looks dumb and has a tendency to say things in moments where he'd be better served to just keep his mouth shut. But then he's given a beautiful moment in which King asks him, if the tables were turned, what he would do and Payne gives the kid the kind of monologue that got Virginia Madsen her Oscar nod. At the end of the day, this kid isn't without pain and heavy decisions as well. The bond between them during this moment is never spoken but you can see, Matt is, whether he realizes it or not, a changed man because of it. In a way, aren't we all?