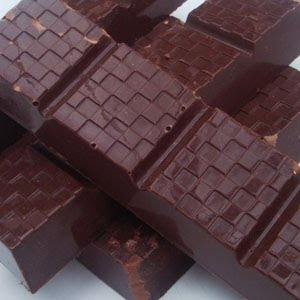 Hollywood, more often then not, has a constant tendency to churn out the same thing under a different name, with different actors with such determined regularity that it is sometimes hard to discern the decent stuff from the junk. It is therefore, I have found, somewhat fruitful to employ certain critical standards in which to place all like-minded films against in order to accurately evaluate their worth. I now coin for you the term: The Chocolate Bar Movie.
The logic and inspiration behind the phrase come form two separate sources. The term itself comes from a conversation I once had, while the actual theoretical logic behind it comes from Plato. In his dialogue Gorgias, Socrates has a debate with the title character over the profession of oratory. In trying to argue that oratory is not a skill of worth, Socrates outlines two categories under which all professions fall: crafts and knacks. A craft, Socrates explains, is something which produces a product that helps to better society: carpentry, medicine, etc.
A knack however is something, which provides simple pleasures that are enjoyable in the moment in which they are used or consumed. This pleasure however, only lasts in that moment and once it is gone so is any joy it provided. Socrates gives the examples of pastry baking and cosmetics as knacks. As George Carlin once answered when asked how he felt after taking drugs: "I feel like taking more drugs."
The other story involves me and a friend sitting in a car at a drive-in during intermission. My friend was asking me what I thought about some romantic comedy that she had recently seen and, as far as my memory serves me, enjoyed to quite some degree. "I enjoyed it," I said, "and then forgot about it." She tried to persuade me into thinking the film in question was more than forgettable. That's when the analogy dawned on me. "Movies like that," I said, Plato firmly in mind, "are like chocolate bars. You enjoy them while you are eating them, but once they are gone there is nothing memorable about the experience because you know there will always be another one exactly as good as that one waiting for you whenever you desire it." Has anyone, after all, ever eaten a chocolate bar that has changed their lives? I certainly have no experiences so singular that they stick out in my mind as being better than all the rest. It just doesn't happen.
A lot of mainstream films are like that too. You can enjoy them while they are playing, but they leave no lasting impression that exceeds the moment when the lights go up or the DVD is ejected because, well, there will probably be something almost exactly the same to be seen next week or next month.
Posted by The Taxi Driver at 4:22 PM