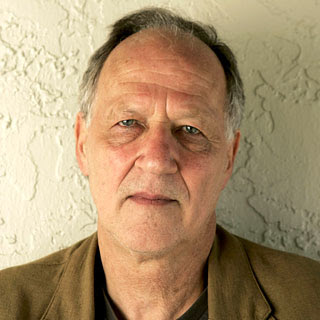 During my down time over the Christmas break I managed to catch up on a few of the movies over the last couple years that have eluded me for one reason or another. One such film was Zak Penn's slightly amusing Christopher Guest-like mockumentary The Grand about a Las Vegas poker tournament and all the colourful characters who participate in it. What inspired me though is that one of the film's stars was German madman director Werner Herzog, who steals the show and also starred in Penn's slightly amusing debut mockumentary The Incident at Loch Ness.

What strikes me about Herzog, whose work I admire very much, is how, despite his reputation and his self-parodying appearances in films like The Grand, these things never undermine his reputation as a unique and original voice in filmmaking. It is testament to the true talent of his craft that, despite his personal exploits, which would overshadow the whole of a lesser talent's entire career, his own films always manage to be grander and more extravagant experiences in and of themselves tham his headlines manage to be.

This is, after all, a man whose actions have, by now, became the stuff of myth and legend: stories that, if they didn't involve Herzog, you probably wouldn't believe them. True or not (and in most cases I believe they probably are), here are some of the best:
And yet, in spite of all this fodder (certainly more interesting than what passes for celebrity gossip these days) Werner Herzog's films and documentaries stand as bold, original works by an artist who dances only to his own beat. If you haven't seen a single work by Herzog now is the time to start.
Posted by The Taxi Driver at 11:47 AM