A Few Words on Brick 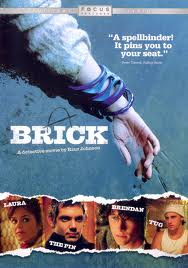 So question: Is Rian Johnson writing a straight forward film noir (genre dialogue and all) set in a modern day high school brilliant or pretentious? 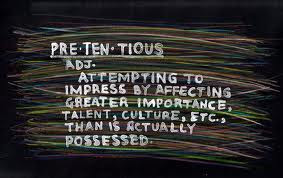 Of course, I'm opening up an endless debate to which there is no right or wrong answer. 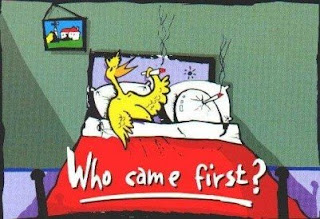 So I'll put my foot down: it's mostly fucking pretentious Mr. Johnson. 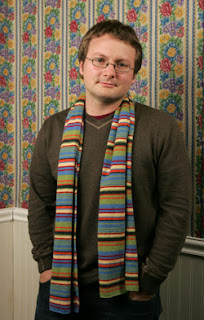 But what you will notice from the very first frames of Brick right until the very last is that Johnson and his crew know how to make a movie. Seriously. This film is cinema, plain and simple. It's empty gimmick cinema, but it's cinema no less.

During the moments when I simply sat and looked at it, it conjured in my mind thoughts of Malick: 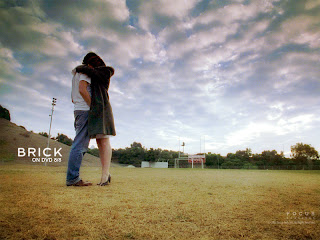 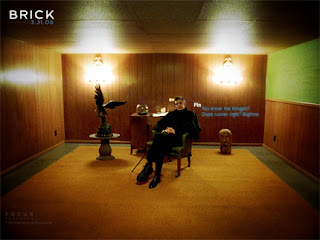 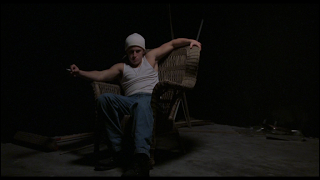 This is a filmmaker that knows a thing or two about production value.

But the whole thing is such an empty, meaningless experience. Who was this film made to appeal to? What is it supposed to be about? It's influences are too broad and don't make sense together.

So the film, below the aesthetics, is all pose and swagger...A handful of intriguing with a spoonful of who cares. There's no heart and it just doesn't add up in any meaningful way.

It's about a high school private eye played by Joseph-Gordon Levitt. His character, probably having watched The Maltese Falcon one or ten too many times, says things like this, "No, bulls would gum it. They'd flash their dusty standards at the wide-eyes and probably find some yegg to pin, probably even the right one. But they'd trample the real tracks and scare the real players back into their holes, and if we're doing this I want the whole story. No cops, not for a bit." He wisely at least delivers these gems straight.

He's on the case to discover who killed the apple of his eye, which leads him down back alleys, dark corridors and so on and so forth until the trail leads him to a femme fatal: 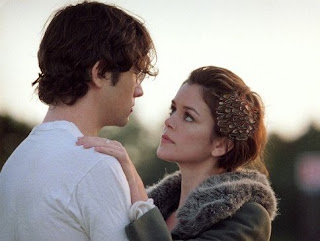 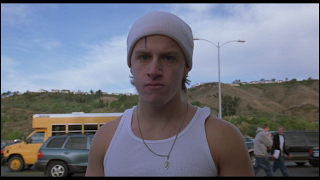 A local kingpin known as The Pin: 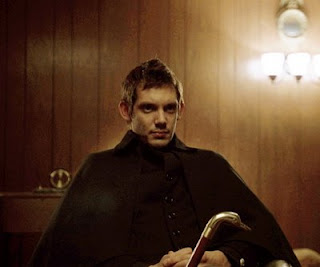 And a frame, composed in just such a way, that a chicken juice container distracts from an entire scene in which The Pin's mom offers orange juice: 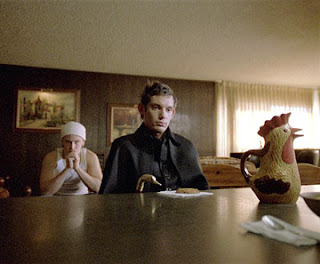 You see, pretentious.
Johnson, over the course of three feature films has proven that, as a writer, not a lot unlike Malick, Kubrick or Lynch, he's more into concept/idea than story. That's fine. His problem, however, lies in his inability to elevate his concept above the base level of gimmick, leaving the details of the plot to hardly matter. 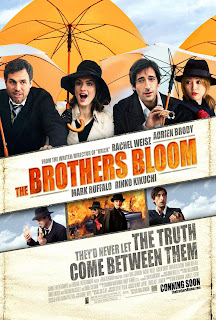 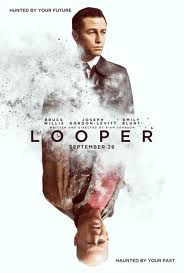 The charm of Brick then is in that someone thought to do it. Now that it's been done, let's get over it and all move on with ourselves.
﻿