This is Not Mission Difficult Mr. Woo...

And John Woo, just to set the record straight, is pretty fucking awesome.

Take a look at this: 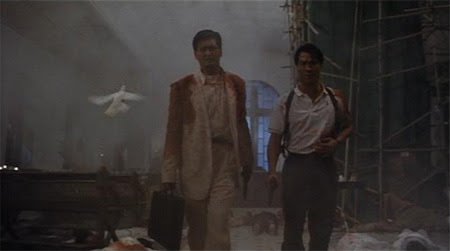 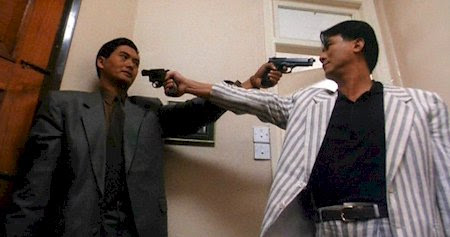 Do you see that white pin-stripe 90s power suit? Awesome!

In a sense Mission Impossible 2 was a strange gamble on Paramount's part. Could Mr. Woo's hyper stylized Melville-meets-gay-Asian-gun-porn aesthetic really translate into a major Hollywood franchise?

And so when star Tom Cruise as secret agent Ethan Hunt and the apple of his eye Thandie Newton share what, without much hyperbole, can only be considered one of the strangest moments of zen-enlightenment-while-speeding-towards-our-deaths in Hollywood history, North America kind of sat back and said: Huh?

But come on, that's about how people establish emotional connections in John Woo movies.

And this wasn't the first time Woo made Americans sit up and scratch their head: 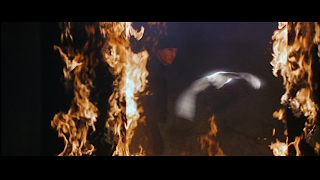 Wait, did Tom Cruise just share an epic scene in a major Hollywood blockbuster with a dove?

Yet, besides a silly convoluted and ultimtaley meaningless story about a deadly virus known as Chimera and the bad men who want it, it's strange to see just how much of Woo's trademark awesomeness manages to sneak into the finished product, which is, needless to say:

And shooting guns while driving motorcycles, leading up to explosions:

(ed note - The writing of this article has been temporarily halted while the author breaks to inquire into how much motorcycles cost).

And thus about describes the substance of MI:2. No one did action better or with more style than John Woo, even if Hollywood took away his tales of honour, brotherhood and loyalty and replaced them with tales of foreign espionage and spycraft.

I don't know. It's a pretty empty, meaningless movie, but did I mention: