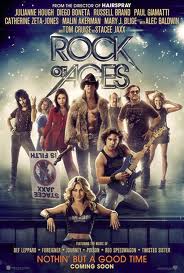 Rock of Ages is the story of a sweet young blond girl (Julilanne Hough) who arrives in the big city with dreams of one day becoming a star only to end up paying the rent through stripping. 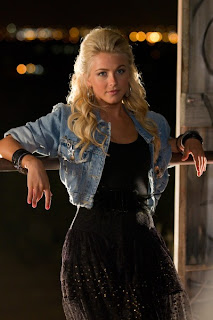 Wait, I think I've already seen this one... 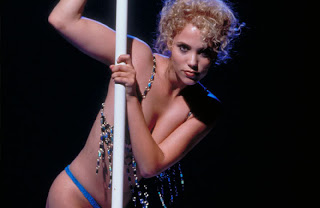 She quickly gets a waitress job at a bar owned by Alec Baldwin, whose appearance right from the outset makes me wonder what he spent the cheque on. 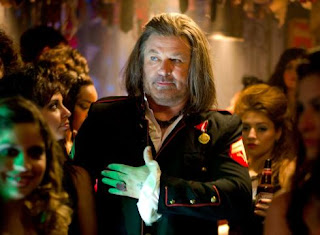 At least, being an an actor skilled enough to deliver the dialogue of David Mamet on stage, he has the good sense to phone this one in, unlike another recent non-singing actor taking a crack at the musical genre, not to name any names: 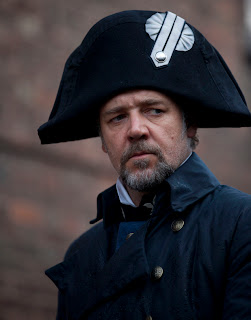 He's on the verge of losing his bar and needs a way to make money quick. Wait, I think I've seen this one too: 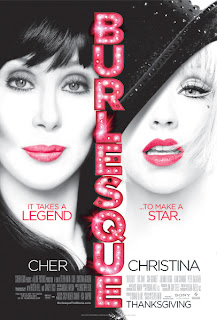 Thankfully he has his trusted sidekick, played by Russell Brand, who, I shit you not, declare they are queer for each other during a rendition of I Can't Fight This Feeling:

Baldwin's plan is to pack the house with the appearance of rock god Stacey Jaxx (Tom Cruise) who he gave his first gig to way back in the day.

Jaxx is managed by this: 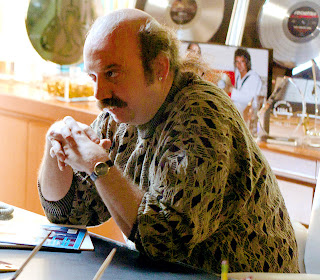 Yes, that is indeed Paul Giamatti...

Jaxx however, underneath it all, is a boozey hack and is told so by Malin Akerman, who then rocks his world PG-13 style to I Want to Know What Love Is. I'm not sure you'd consider this figuring it out or not?

This is at least the second time in history that a Tom Cruise character has had bullshit called on him by a female interviewer: 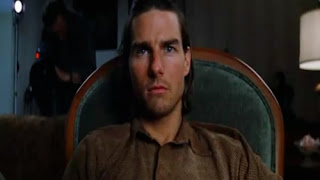 So the little blond falls for the handsome male bartender who also dreams of making it big and finally does when he's given a last minute shot. The taste of fame quickly lures him away, leaving miss Hough to crash up against walls while belting 80s hair-metals cheeseball songs from the very centre of her (heavily automtuned) soul: 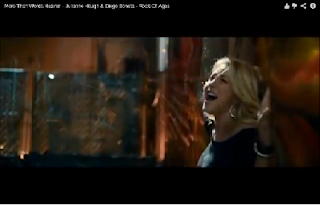 I wonder if that's the way Seacrest used to like her? 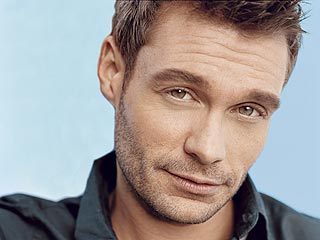 Anyway, Jaxx packs the house for a thoroughly gayed-up rendition of Def Leppard's Pour Some Sugar on Me, during which he jerks a huge jizzlob out of a water bottle and onto the audience: 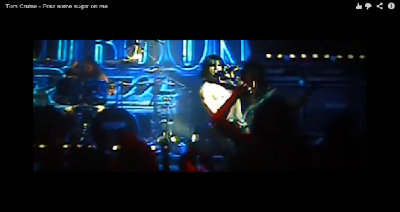 As these things go, the girl becomes a stripper, the manager robs the house leaving the club in trouble again, an ultra conservative advocate that someone should have had the good sense to cut from the script before Catherine Zeta Jones was cast, tries to end Jaxx's career, the hunk gets a gig in a boy band that makes him miserable and so on and so forth.
All the while the songs do nothing to advance the story in any real meaningful way.
Rock of Ages was constructed under the, what I would assume to be incredibly soft, hands of Adam Shankman, 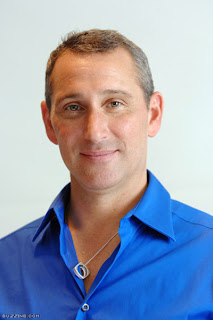 A choreographer who also made the much better Hairspray musical a couple of years back. I'll give him this, from an aesthetic standpoint, these two films are shot, edited and choreographed better than most of the big budget Hollywood musical trash heaps of late.
But the story sucks, the songs have never been my personal cup of tea and all of the actors (save for Mary J. Blige) are all autotuned so heavily  that one wonders if they even needed to show up to the studio to record their parts.
Wait, I think I've seen that one before too... 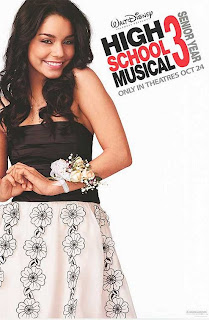